Dive site to see barracudas, jacks, and some larger predators such as hammerheads and tiger sharks 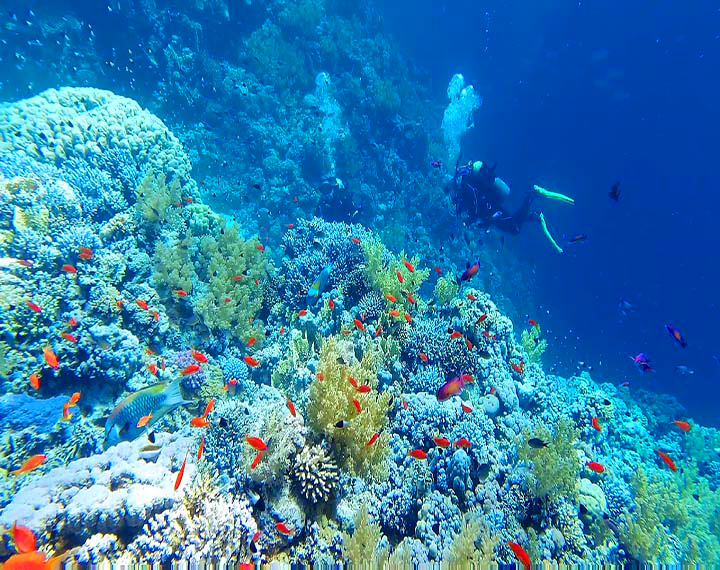 Jackson Reef is the northernmost reef in the Strait of Tiran, the narrow channel separating the Sinai Peninsula from Saudi Arabia. The dive typically starts from the southern tip of the reef where a mooring is located, and proceeds along the eastern side of the reef towards the north. Currents running from the north tend to make this dive pretty difficult; it is thus only advised for professional divers. The Jackson reef houses a profusion of hard and soft corals, and the underwater fauna is extremely diverse; you’re most likely to see barracudas, jacks, and some larger predators such as hammerheads and tiger sharks which feed on smaller reef species.

It is sometimes confused with Gordon Reef, which shares with it the rounded shape and similar “furniture” – the remains of the Lara, a cargo that ran aground in 1981 and today rests partially on the reef’s top. Underwater, JacksonReef presents a different morphology compared to Gordon.