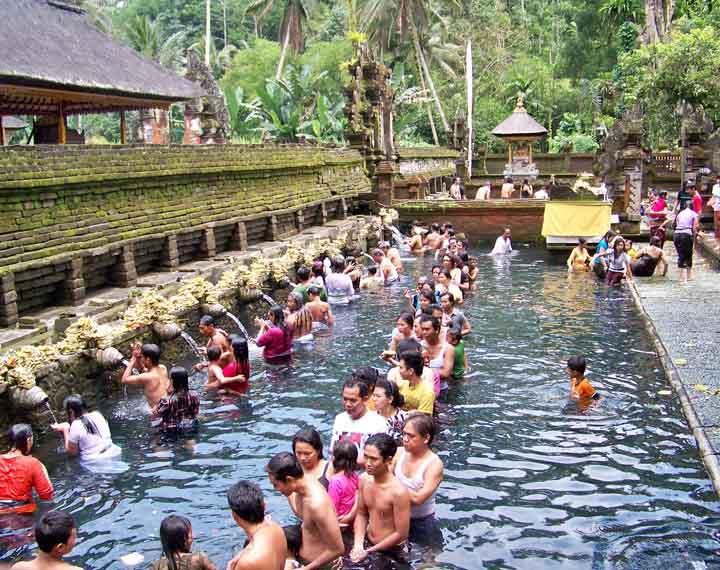 Tampaksiring Palace is a palace built after Indonesia’s independence, which is located in Tampaksiring Village, Tampaksiring District, Gianyar Regency, Bali. This palace was founded on the initiative of President Soekarno who wanted a resting place with cool air away from the hustle and bustle of the city, suitable for the President of the Republic of Indonesia and his family as well as for state guests. The architect was R.M. Soedarsono and this palace were built in stages. The Tampaksiring Palace Complex consists of four main buildings, namely Wisma Merdeka with an area of 1,200 m2 and Wisma Yudhistira with an area of 2,000 m2 and a Multipurpose Room. Wisma Merdeka and Wisma Yudhistira were the first buildings built in 1957. In 1963 all construction was completed, namely the establishment of Wisma Negara and Wisma Bima.