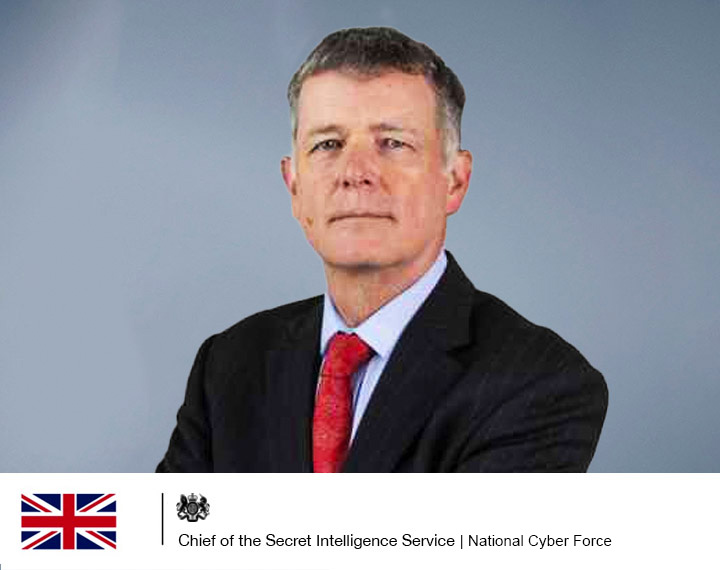 Richard Peter Moore is a British civil servant, currently the chief of the Secret Intelligence Service and formerly the director general for political affairs, at the Foreign, Commonwealth and Development Office, and previously the British ambassador to Turkey. In 2020, Moore became the first member of the British intelligence agencies to use social media publicly.

MI6 is an organisation where integrity, courage and respect are central to what we do. We encourage and admire difference. Many MI6 staff are based overseas while others work from our headquarters in Vauxhall, London. Although our work is secret, everything we do is legal and is underpinned by the values that define the UK

The National Cyber Force (NCF) is a partnership between defence and intelligence. It is responsible for operating in and through cyberspace to counter threats, disrupting and contesting those who would do harm to the UK and its allies, to keep the country safe and to protect and promote the UK’s interests at home and abroad. In addition to GCHQ and the Ministry of Defence, the Secret Intelligence Service and the Defence Science and Technology Laboratory are core partners bringing cutting edge espionage and research techniques.