Public order and safety are provided by the Prefectural Police 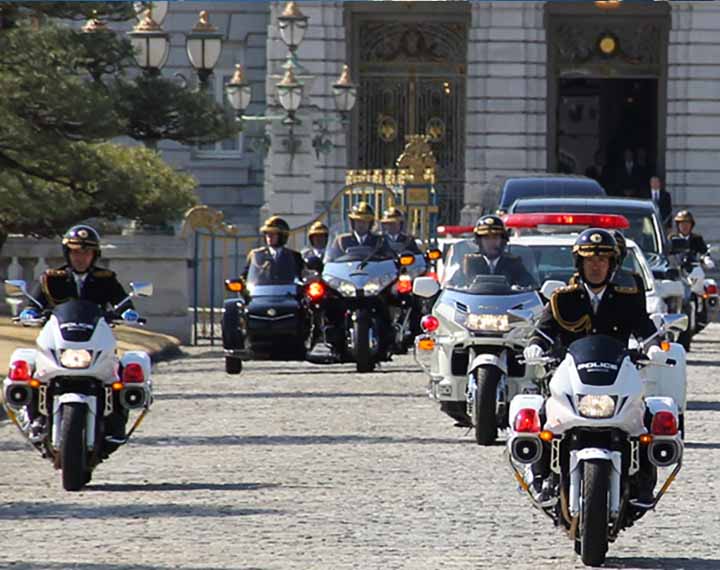 Japan is famous for its very low crime rate compare to other countries in the world. Japan has 127 million people yet street crime is almost unheard of; and the use of drugs is minimal compared to other industrialized countries. Also, Japan’s homicide rate has been steadily decreasing since the 1950s, and now the country has one of the lowest homicide rates in the world.

Social and Cultural Aspect of Low Homicide Rate of Japan

The country’s homicide rate is associated with a stable and prosperous society with low inequality and high levels of development. Young Japanese males now commit only a tenth of the homicides committed by their predecessors in 1955, and the age and sex distribution of victims tend to be uniform across age groups.
This has been attributed by some researchers to, amongst other factors, extremely low levels of gun ownership (the U.S. saw more than 12,000 firearm-related homicides in 2008, while Japan had only 11), the rejection of violence after the Second World War, the growth of affluence without the accompanying concentrations of poverty common in many highly developed countries, and the stigma of arrest for any crime in Japanese society.

Importance of Japanese Police for Society

One of the lowest homicide rates is archived also by the effort of Japanese police sector. In Japan, 98 percent of homicide cases are solved, according to the police data. It is an undisputed fact that Japanese police has achieved a remarkable safe society compared to other industrialized countries, and they incarcerate far fewer than for instance the UK (with a prisoner rate 3 times higher) or the US (13 times higher).

Public order and safety are provided by the Prefectural Police under the oversight of the National Police Agency (NPA). The NPA is headed by the National Public Safety Commission thus ensuring that Japan’s police are an apolitical body and free of direct central government executive control. They are checked by an independent judiciary and monitored by a free and active press.

The Police Act empowers the national government to establish a central police organization to control and supervise prefectural police forces on matters of national concern. The Police Act include “protecting life, person, and property; preventing, suppressing, and investigating crimes; apprehending suspects; traffic enforcement; and, maintaining public safety and order.” The Code of Criminal Procedure states that “when a judicial police official deems an offense has been committed, he shall investigate the offender and evidence thereof.” Accordingly, the police are empowered to investigate not only penal code offenses but also all illegal acts punishable under Japan’s judicial system. Most cases are investigated by the police and referred to the public prosecutor’s office for prosecution. While public prosecutors are also empowered to conduct investigations, their investigations are generally supplementary. The primary duty of the public prosecutor is to determine case dispositions and prosecute suspects.