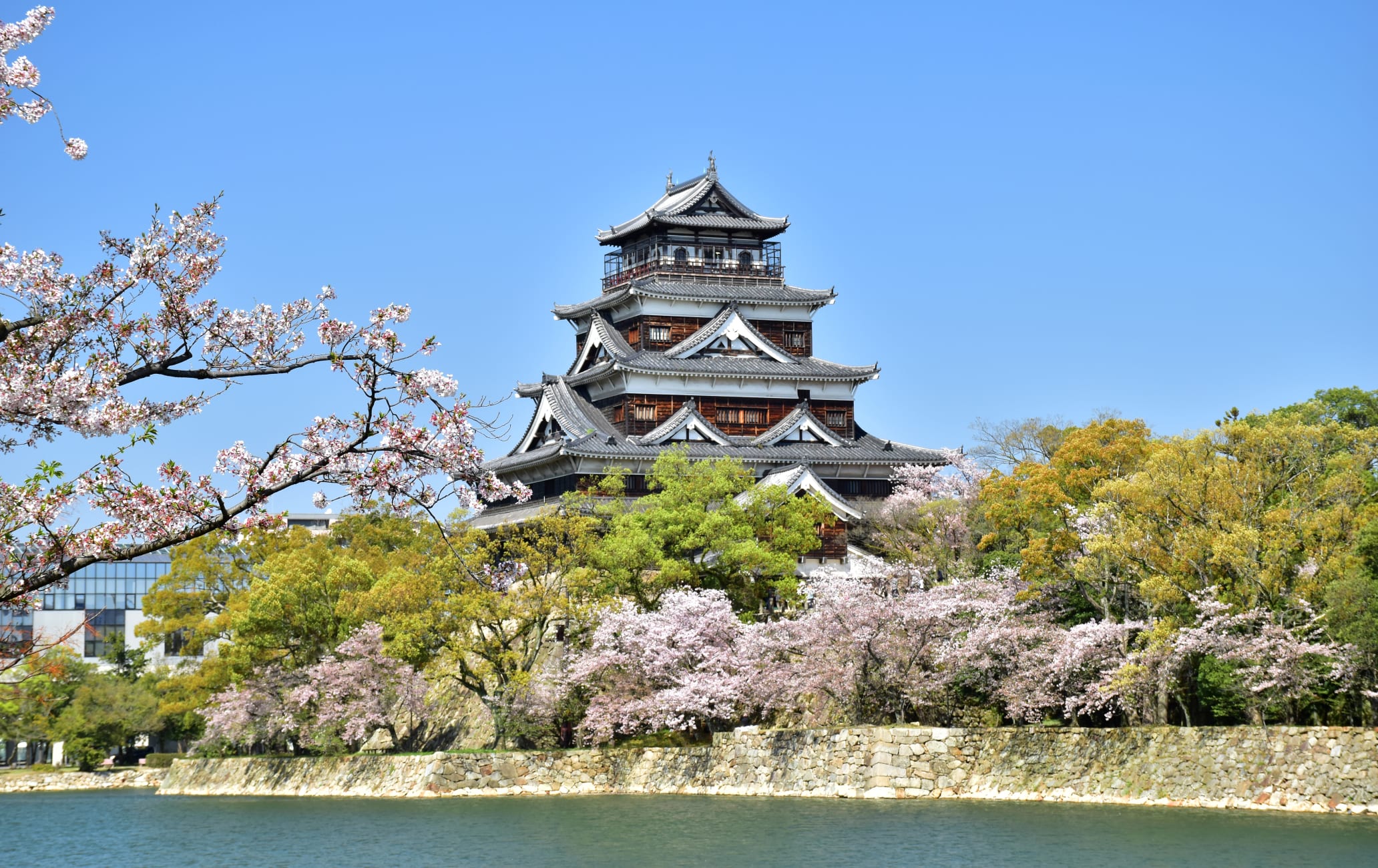 Also known as the “Castle of Carp,” Hiroshima Castle (Rijō) was built in 1593 as the residence of local nobleman Fukushima Masanori before passing into the possession of famous samurai Asano Nagaakira in 1619.

The castle’s lovely five-story main tower, fully reconstructed in 1958, contains an informative museum dealing with both the history of the city as well as the castle itself. From here, you’ll also enjoy fine views over Hiroshima, the harbor, and the island of Miyakojima on the top floor.

Of interest within the castle grounds are three trees that famously survived the atomic blast – a willow, holly, and eucalyptus – as well as a concrete bunker used for radio broadcasts after the bombing. Be sure to also view the castle at night, when it is lit up in colorful displays that change with the season.