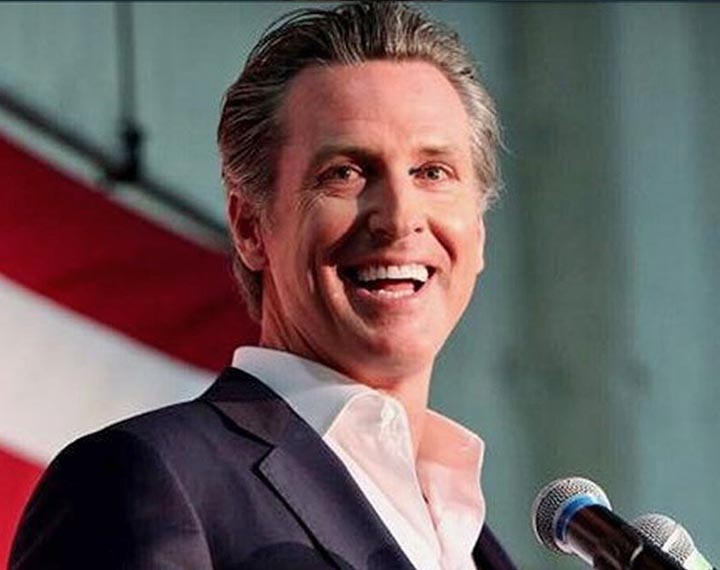 Gavin Newsom is the Governor of California, former Lieutenant Governor of California, and former Mayor of San Francisco. Newsom is widely recognized for his willingness to lead – repeatedly developing, advocating, and implementing innovative and groundbreaking solutions to some of our most challenging issues. On a wide range of topics including same-sex marriage, gun safety, marijuana, the death penalty, universal health care, access to preschool, technology, criminal justice reform, and the minimum wage, Newsom stuck his neck out and did the right thing, which often led to sweeping changes when his policies were ultimately accepted, embraced, and replicated across the state and nation. Newsom’s top priorities for his administration are tackling our state’s affordability crisis, creating inclusive economic growth and opportunity for every child, and standing up for California values — from civil rights, to immigration, environmental protection, access to quality schools at all levels, and justice. Governor Newsom is married to Jennifer Siebel Newsom. They have four children: Montana, Hunter, Brooklynn, and Dutch.

The California Governor’s Mansion is the official residence of the Governor of California, located in Sacramento, the capital of California. Built in 1877, the estate was purchased by the Californian government in 1903 and has served as the executive residence for 14 governors since California?s executive mansion, popularly known at the Governor?s Mansion, was built in 1877 for Albert and Clemenza Gallatin. Albert was a partner in the Sacramento hardware store of Huntington & Hopkins. The State of California purchased the house from Joseph and Louisa Steffens to use as a home for California?s first families in 1903 for $32,500. Victorian architecture was somewhat out of style by then, but the house was suitably impressive, conveniently located, and comfortable. Governor George Pardee, his wife Helen and four daughters were the first residents of the ?new? Governor?s Mansion. During the next 64 years it was home to the families of 12 other governors. Among these were Nina and Earl Warren with six children, and Nancy and Ronald Reagan with their two children. Warren later became Chief Justice of the United States Supreme Court, and Reagan became president of the United States. Today’s guests see marble fireplaces from Italy, gold framed mirrors from France, and exquisitely handcrafted hinges and doorknobs, all of which are reminders of the Gallatins and the Victorian era. Outside some of the Mansion?s abundant vegetation includes flowers, shrubs, and trees dating back to 1877. But when visitors look behind the grape stake fence and see Governor Brown?s swimming pool built in 1959, they are reminded that the Governor?s Mansion State Historic Park is really a walk through time.