The 29th and current Governor of Victoria 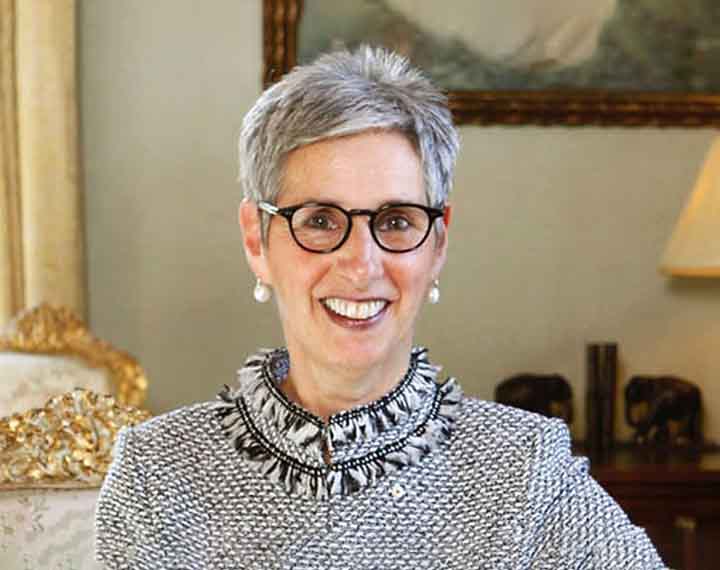 Linda Marion Dessau, is an Australian jurist, barrister, and the 29th and current governor of Victoria since 1 July 2015. She is the first female and the first Jewish holder of the office. She was a judge of the Family Court of Australia from 1995 to 2013

On 1 July 2015, the Honourable Linda Dessau AC was sworn in as Victoria’s 29th Governor, the first female in the role. The Governor was born in Melbourne in 1953, and was educated at St Catherine’s Girls’ School, matriculating in 1969, before attending the University of Melbourne, where she gained the degree of LLB (Hons). In 1975 she was admitted as a barrister and solicitor of the Supreme Court of Victoria.

In her early years as a lawyer, the Governor practised in commercial litigation and family law as a solicitor at Wisewoulds, later specialising in family law after signing the Roll of Counsel at the Victorian Bar in 1979. In 1982 she married fellow Victorian barrister, Anthony Howard, and together they took up roles as Crown Counsel, and later Senior Crown Counsel in the Hong Kong Attorney-General’s chambers, where they prosecuted criminal trials.

Soon after returning to Australia in 1985, the Governor was appointed a part-time member of the Small Claims and Residential Tenancies Tribunals, taking her first judicial appointment as a Magistrate in 1986, at the age of 33. In that role, she served in the Children’s Court, Coroners Court and Melbourne Magistrates’ Court where she ultimately headed the Civil division and later the Committal Court.

During her time as a Magistrate, the Governor coordinated a significant criminal case management project, culminating in the Pegasus Report, implemented across the three tiers of courts to help reduce cost and delay in the criminal justice system. In 1994 she was awarded the Percy Baxter Churchill Fellowship to further her study in criminal case management in Canada, the United States and the United Kingdom.

In June 1995, the Governor was appointed a Judge of the Family Court of Australia, where she served for 18 years until July 2013. During that time she chaired or participated in various national projects within and outside the Court in relation to child abuse, family violence, mediation, less adversarial trial procedures and case management, and represented the Family Court on the Commonwealth Family Law Pathways Advisory Group. She was a Board member of the US-based Association of Family and Conciliation Courts, a Council member of the Legal Aid Consultative Committee, and a Board member of the Australian Institute of Judicial Administration.

Outside the law, the Governor was engaged in a broad range of community organisations, including as founding Chair of the Essendon Football Club Women’s Network, President of Middle Park Primary School Council, Vice-President of Wesley College Council, a Board member of Turning Point Drug and Alcohol Centre, a member of the Royal Children’s Hospital Ethics Committee and the La Trobe University Professional Consultative Council, and a Patron of the Epilepsy Foundation and One Umbrella (food recycling charity).

Immediately before her appointment as Governor, she was President of the Melbourne Festival, Chair of the Winston Churchill Memorial Trust Victorian Regional Committee and a national Board member of the Trust, a Commissioner of the Australian Football League, a Trustee of the National Gallery of Victoria, a Board member and former Chair of AFL Sportsready and Artsready, a Board member of the Unicorn Foundation, and a Patron of Sports Connect.

In 2010 the Governor was made a Member of the Order of Australia for services to family law and the community.

In 2017 the Governor was made a Companion of the Order of Australia for eminent service to the people of Victoria through leadership roles in the judiciary, to the advancement of economic ties and business relationships, and as a supporter of charitable, sporting and arts organisations.

Initially appointed for five years, in 2019 it was announced that Her Majesty The Queen had approved a three year extension to the Governor’s term until 30 June 2023.

The Governor and her husband have two sons, both of whom have completed Bachelors of Laws and Arts at Monash University.

The Governor as Head of State

The Governor is appointed at The Queen’s pleasure, meaning that, on the advice of the Premier, The Queen can shorten a Governor’s appointment. Governors of Victoria typically serve terms of five years, although this period is sometimes shortened or extended by agreement between the Governor and the Premier.

Although the Governor is appointed by The Queen as her representative, the Governor exercises the constitutional power of Head of State in Victoria. The Australia Acts 1986 (passed concurrently by the Parliaments of the Commonwealth, the States and the United Kingdom) confirm that the State powers conferred on The Queen are to be exercised by the Governor and not The Queen. Thus, the Governor is not subject to the direction, supervision or veto of the Monarch.

There are two exceptions to the extent of the Governor’s powers.

The power of The Queen to appoint or dismiss the Governor when the Queen is present in Victoria, there are some powers Her Majesty can exercise on the advice of the Premier, such as the ceremonial opening of Parliament or giving Royal Assent.
Appointment of the Governor

In Victoria – as is the case in the other States (and at the Commonwealth level in relation to the Governor-General) – The Queen appoints the Governor on the advice of the Premier. By convention, The Queen acts in accordance with such advice.

simon newbound
Get Directions
Own or work here? Claim Now! Claim Now!
We use cookies on our website to give you the most relevant experience by remembering your preferences and repeat visits. By clicking “Accept”, you consent to the use of ALL the cookies. However you may visit Cookie Settings to provide a controlled consent.
Cookie settingsACCEPT
Manage consent