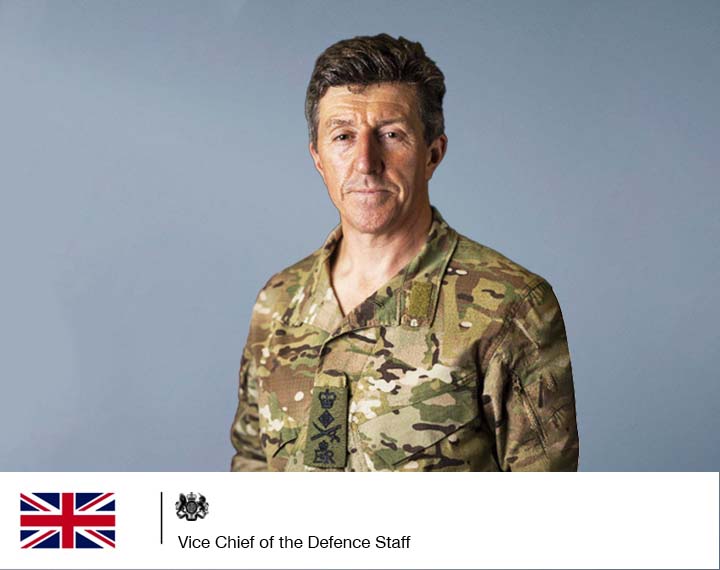 The Royal Marines are the UK’s Commando Force and the Royal Navy’s own amphibious troops. They are an elite fighting force, optimised for worldwide rapid response and are able to deal with a wide spectrum of threats and security challenges.

Fully integrated with the Royal Navy’s amphibious ships, they can be deployed globally without host nation support and projected from the sea to conduct operations on land.

A key component of the Royal Navy’s maritime security function, they provide a unique capability and are experts in ship-to-ship operations.

Gwyn Jenkins commissioned into the Royal Marines in 1990. His time as a junior officer was spent in the Commando Logistics Regiment, competing for the Royal Navy and Royal Marines in cross-country skiing and on operations in Northern Ireland with 42 Commando RM.

A graduate of the Advanced Command and Staff Course at the Military College Shrivenham, where he completed a master’s degree in Defence Studies in 2004, he went on to serve as a Lieutenant Colonel overseeing global operations in PJHQ, before a Commanding Officer appointment in 2009. On completion of his command tour he was promoted to Colonel and deployed for 12 months to Afghanistan, for which he was awarded an OBE, returning to the UK in 2012 as the Military Assistant to the Prime Minster in No 10 Downing Street.

After two years in No. 10, he completed the Higher Command and Staff Course, was promoted to Brigadier and took up a 3* civilian appointment in the Cabinet Office as Deputy National Security Advisor for Conflict, Stability and Defence.  In April 2017 he moved back to the military and took command of 3 Commando Brigade, conducting exercises and overseeing operational deployments around the world.  He was promoted to Major General in January 2019, in which rank he served first in the Royal Navy as the Assistant Chief of Naval Staff and subsequently commanded a tri-service organisation.

In August 2022 he was selected for the role of Vice Chief of the Defence Staff and promoted to General. In November that year he assumed the mantle of Commandant General Royal Marines and became the Commodore of the Royal Navy Sailing Association, Admiral of the Hornet Services Sailing Club and President of the Royal Marines Association.

He lives with his wife and three children in Dorset and enjoys a range of activities including sailing, skiing and creative writing.