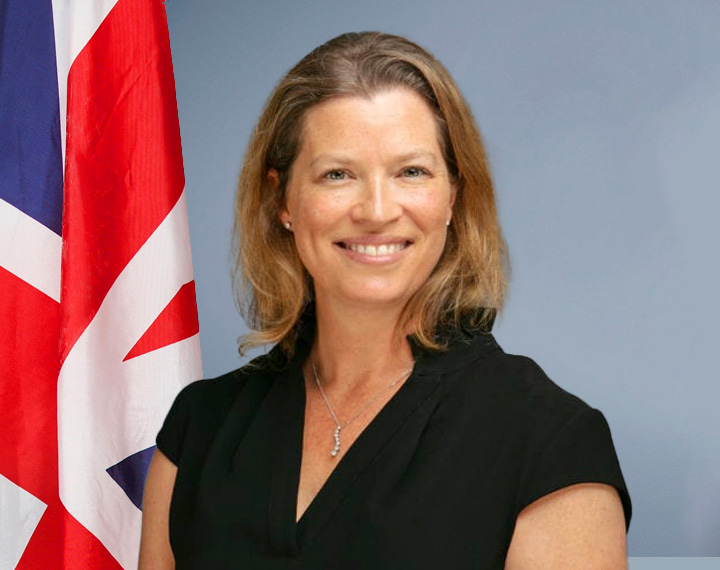 Emma Wade-Smith OBE has today been appointed Her Majesty’s Consul General to New York and Her Majesty’s Trade Commissioner (HMTC) for North America. Emma has previously held senior diplomatic roles in the US – will begin in November 2021. She will lead on promoting British trade and investment in the US and Canada, with the aim of accelerating job creation and opportunities across the UK, and working with businesses across North America to support growth and innovation.

The UK collaborates intensively with New York across a wide range of spheres, including arts, science, sports and education. As Consul General New York, Wade-Smith will work to support and strengthen these diverse partnerships between the UK and the US across the states of New York, New Jersey, Pennsylvania and Connecticut, as well as supporting British nationals in this wide region.

British Consul General in New York and HM Trade Commissioner for North America. The Consul General is the senior UK official in a Consulate General, which is a subordinate office to the Embassy or High Commission, usually located in another major city. The Consul General represents the UK government and is typically responsible for consular, visa and trade activities in their city or region. The Consul General leads the government’s work promoting UK economic, commercial, political and consular interests in New York, Pennsylvania, New Jersey and Fairfield County, Connecticut. Foreign, Commonwealth & Development Office

The British Consulate General in New York maintains and develops relations between the UK and the USA. Our services involve handling a wide range of political, commercial, cultural, security and economic interests to the UK and our region. Find out more on our USA and the UK news page. https://www.gov.uk/world/organisations/british-consulate-general-new-york We provide services to British nationals living in and visiting New York, New Jersey, Pennsylvania, and Fairfield County in Connecticut. You can access UK government services while in the USA.