Duke Duchess of Cornwall and Cambridge 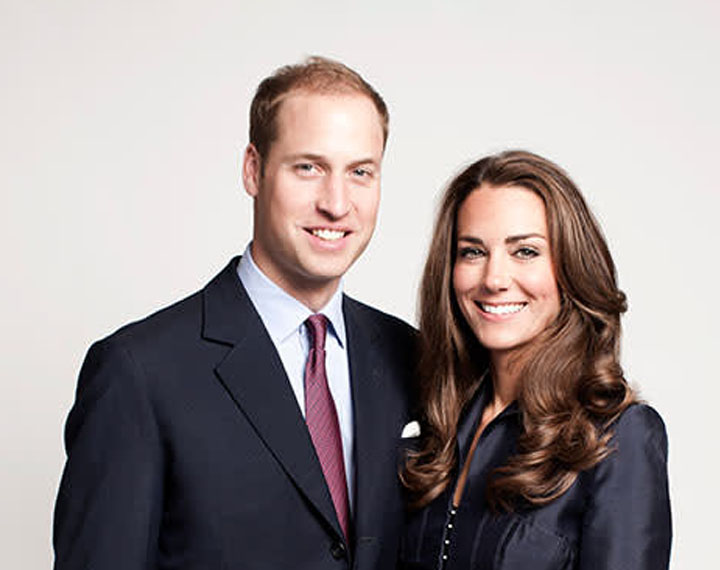 Duke of Cornwall and Cambridge

Prince William is next in line to the throne and the elder son of  King Charles III, and Diana, Princess of Wales. His Royal Highness is married to The Princess of Wales, Catherine, with whom he has three children, Prince George, Princess Charlotte and Prince Louis. The family’s official residence is Adelaide Cottage. His Royal Highness undertakes a number of charitable activities and projects and carries out public and official duties in support of The King Charles III, in the UK and overseas.

Duchess of Cornwall and Cambridge

The Princes of Wales, born Catherine Elizabeth Middleton, married Prince William at Westminster Abbey in April 2011. Their Royal Highnesses have three children, Prince George, Princess Charlotte and Prince Louis.  The family’s official residence is Adelaide Cottage, Windsor.  As well as undertaking royal duties in support of the King Charles III, both in the UK and overseas, The Princess of Wales devotes her time to supporting a number of charitable causes and organisations, several of which are centred around providing children with the best possible start in life.

Protecting the natural environment for future generations is one of Prince of Wales key priorities. His Royal Highness has publicly supported initiatives to fund conservation, community development and environmental education programmes across Africa, and has led key programmes such as the United for Wildlife Financial and Transportation Task forces to end illegal wildlife trafficking on a global scale.

“The Earth is at a tipping point and we face a stark choice: either we continue as we are and irreparably damage our planet, or we remember our unique power as human beings and our continual ability to lead, innovate and problem-solve. People can achieve great things. The next ten years present us with one of our greatest tests – a decade of action to repair the Earth.” – Prince William

The Earthshot Prize is awarded to five winners each year for their contributions to environmentalism. It was first awarded in 2021 and is planned to run annually until 2030. Each winner receives a grant of £1 million to continue their environmental work. The Earthshot Prize is about much more than awarding achievement – it is a decade of action to convene the environmental world with funders, businesses and individuals to maximise impact and take solutions to scale, to celebrate the people and places driving change; and to inspire people all over the world to work together to repair the planet.

The Earthshot Prize has been to designed to find and grow the solutions that will repair our planet this decade. We face our greatest challenge; to regenerate the place we all call home in the next ten years. We believe in the power of human ingenuity to prove to us all that the seemingly impossible is possible.

This Earthshot VVIP Guide is Geo Logical and commences at the JF Kennedy Museum, Boston.  All the top attractions in Boston are prioritised and visited in the shortest distance.  The Earthshot VVIP Guide features the most popular touristic attractions, including all sixteen historical sites on the Freedom Trail. All the top rated museums, art galleries, theatres, luxurious hotels, historical sites, Boston famous landmarks, the most beautiful parks, gardens, and the best in fine dining cuisine, steakhouses, cocktail, wine bars, rooftop viewpoints, and roaster cafes.

In summary we commence at JF Kennedy Presidential Library and Museum, head to South to the beautiful and scenic Boston Waterport Hotel District, then North to the Artist and theatre district, West to Frederich Douglass Historical District, North across the Charles river to into the Harvard District including the Office of the British Consulate General, then South again across the Charles River to explore Boston Common, then East to the Government District including the office of the Mayor and Governor, we continue East to Historical Boston District to explore all sixteen historical sites on the world famous Boston Freedom Trail then South to Boston Waterfront for a a river cruise to tour Boston 34 Islands National Park, then finally we complete, and close the Boston tourism and adventure loop by visiting the cafes and restaurants of Boston Downtown, the Financial District and Church Green Buildings Historical District before driving through the Ted William Tunnel into East Boston to depart from Boston Logan International Airport.

We wish you an amazing and exciting cultural, artistic, and historical adventure during your stay in magnificent Boston.