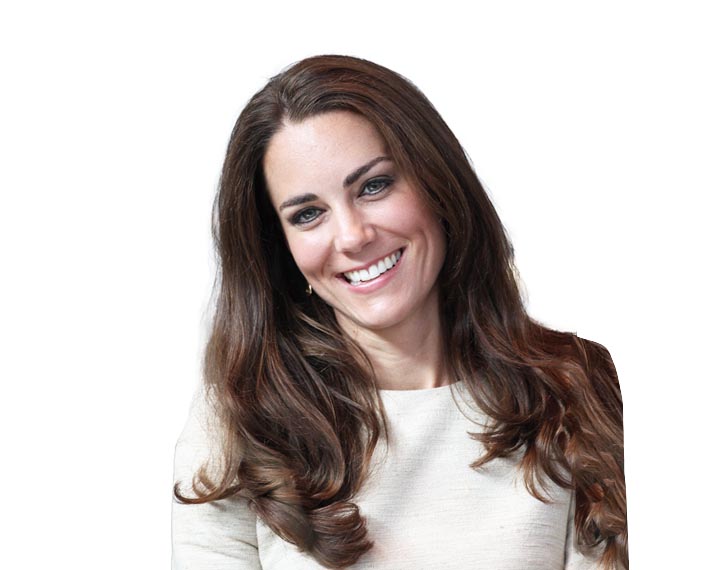 The Duchess of Cambridge, born Catherine Elizabeth Middleton, married Prince William at Westminster Abbey in April 2011. Their Royal Highnesses have three children, Prince George, Princess Charlotte and Prince Louis.  The family’s official residence is Kensington Palace. As well as undertaking royal duties in support of The Queen, both in the UK and overseas, The Duchess devotes her time to supporting a number of charitable causes and organisations, several of which are centred around providing children with the best possible start in life.

The Duchess is a keen sportswoman and believes not only that physical health complements mental health, but also that being outdoors, and especially playing sport, has the power to engage, educate and inspire and change lives for the better. Her Royal Highness’s passion for sport, nature and the outdoors stems her own experience and enjoyment of playing tennis and hockey and sailing from a young age.

The Duchess of Cambridge has continued this work by showing her support for those organisations working to ensure young people have access to get outdoors to enjoy the natural world and take part in physical activity. In particular, she is Royal Patron of several sport-related institutions: SportsAid, The All England Lawn Tennis and Croquet Club, The Lawn Tennis Association, and The 1851 Trust. As a mother of three young children, she is keen to encourage their love of nature and the outdoors.

The Duchess is Patron of a number of organisations which have close association with her specific charitable interests, and where she feels her support can make a difference. These broadly reflect her desire to help the most vulnerable children, young people and their families,  as well as to promote opportunities though sport and the outdoors, and showcasing national institutions reflecting her love of the visual arts.  As their Royal Patron, The Duchess will back their key projects and initiatives, spotlight their work through her programme of official engagements and where appropriate by convening organisations to work in support of each other.

The Duchess of Cambridge wrote on twitter  “Two fantastic organisations who are committed to harnessing the power that sport can have in bringing communities together and helping individuals flourish. “I look forward to working with them across all levels of the games. And to cheering England on in what promises to be an exciting year for both sports!”

The Rugby Football Union is the national governing body for grassroots and elite rugby in England. Its purpose is to encourage rugby, and its values, to flourish across England.

Rugby league is played across England but is most popular in Northern England, especially Yorkshire and Lancashire where the game originated. These areas are the heartland of rugby league. The sport is also popular in Cumbria where the amateur game is particularly powerful.