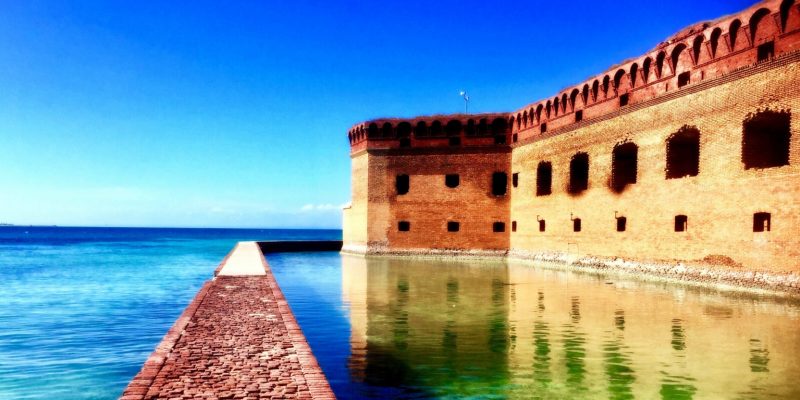 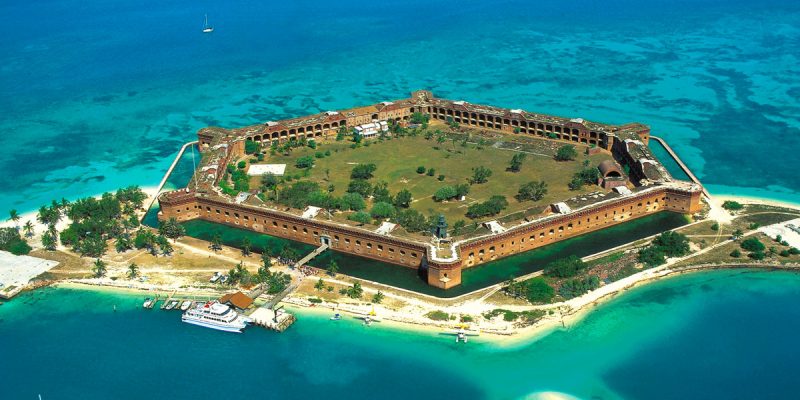 The park is noted for abundant sea life, tropical bird breeding grounds, colorful coral reefs, and legends of shipwrecks and sunken treasures. The park’s centerpiece is Fort Jefferson, a massive but unfinished coastal fortress. Fort Jefferson is the largest brick masonry structure in the Western Hemisphere, and is composed of more than 16 million bricks. Among United States forts it is exceeded in size only by Fort Monroe, Virginia and Fort Adams, Rhode Island. Dry Tortugas is unique in its combination of a largely undisturbed tropical ecosystem with significant historic artifacts.

The park is accessible only by seaplane or boat and has averaged about 63,000 visitors annually in the period from 2007 to 2016. Activities include snorkeling, picnicking, birdwatching, camping, scuba diving, saltwater fishing and kayaking.