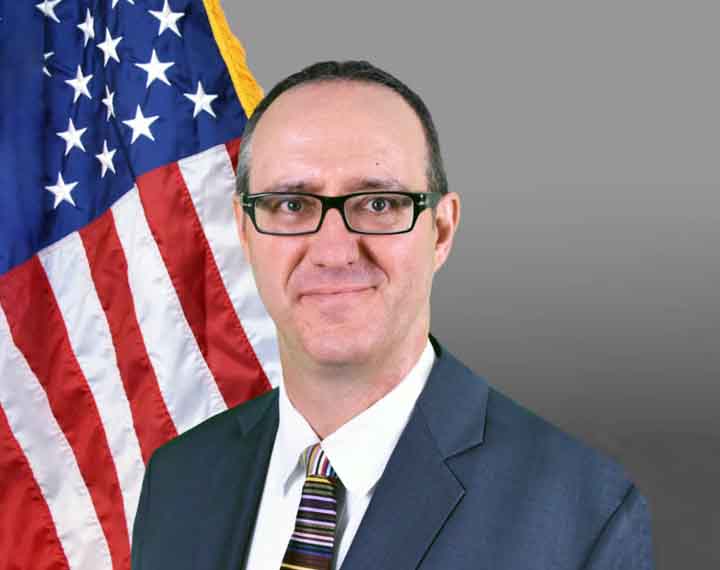 Prior to joining the Foreign Service, David taught budget and appropriation law classes for the U.S. Department of Treasury. He earned Masters degrees in American history, African history, and Liberal Studies from the University of Maryland, University of Cape Town, and Georgetown University, respectively, and holds a BA in history from Xavier University in Cincinnati, Ohio. He taught secondary school as a Peace Corps volunteer in Malawi. David has also worked as a disc jockey, hosting weekly music shows on a variety of radio stations, and he speaks Turkish, Czech, Khmer, Chichewa and Xhosa. David is married to Jessica, an art historian, and they have two daughters.

The first U.S. consular official in Western Australia was posted to Fremantle in 1886, with the first Consul General appointed to the State’s capital of Perth in 1937. Western Australia is Australia’s biggest state and occupies the entire western third of the country, with a population of approximately 2.6 million. The consular district of WA has around 15,000 U.S. citizens at any one time.