9th-century royal palace with formal gardens and guided tours. Clarence House is a British royal residence on The Mall in the City of Westminster, London. It is attached to St James’s Palace and shares the palace’s garden. From 1953 until 2002, it was home to Queen Elizabeth The Queen Mother. It has since been the official residence of King Charles, and his wife Camilla, Queens Consort.

Clarence House, which stands beside St James’s Palace, was built between 1825 and 1827 to the designs of John Nash for Prince William Henry, Duke of Clarence.

During its history, Clarence House has been altered, reflecting the changes in occupancy over nearly two centuries. It was the London home of Queen Elizabeth The Queen Mother from 1953 until 2002 and was also the home of The Queen, then Princess Elizabeth, and The Duke of Edinburgh following their marriage in 1947. 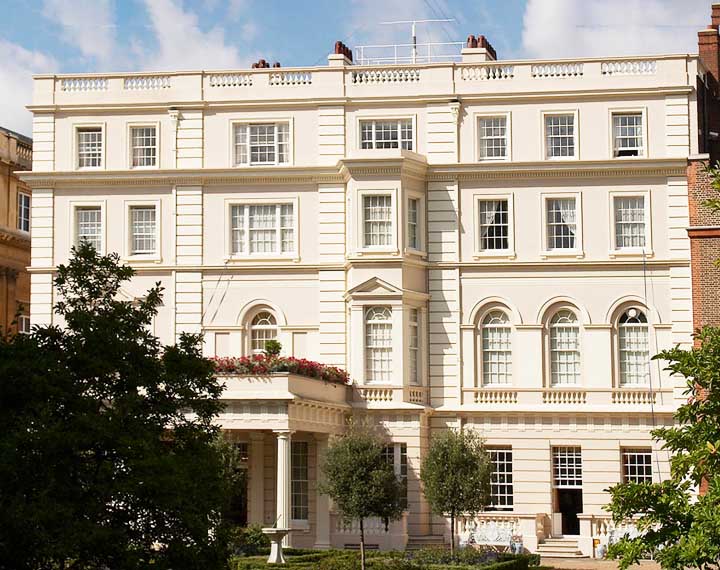 The colour schemes have been adjusted in most rooms, new textiles introduced, and several new pieces from the Royal Collection and from The Prince of Wales’s own art collection added. The alterations are designed to reflect the change of occupancy, while maintaining the familiar atmosphere of a much-loved family house. Clarence House is open to the public during the summer months. Visitors are given a guided tour of the five rooms and adjoining spaces on the ground floor.

The arrangement of the rooms and the grouping of their contents remain recognisably as they were in Queen Elizabeth’s time, with much of Her Majesty’s collection of works of art and furniture in their former positions. Very much a home, Clarence House is the last remaining great London house to be maintained in the purpose for which it was built. As the official London residence of The Prince of Wales and The Duchess of Cornwall, it continues to play a part in the life of the Royal Family and the nation.

Clarence House is open to members of the public during August each year.