British Ambassador to Indonesia and Timor-Leste 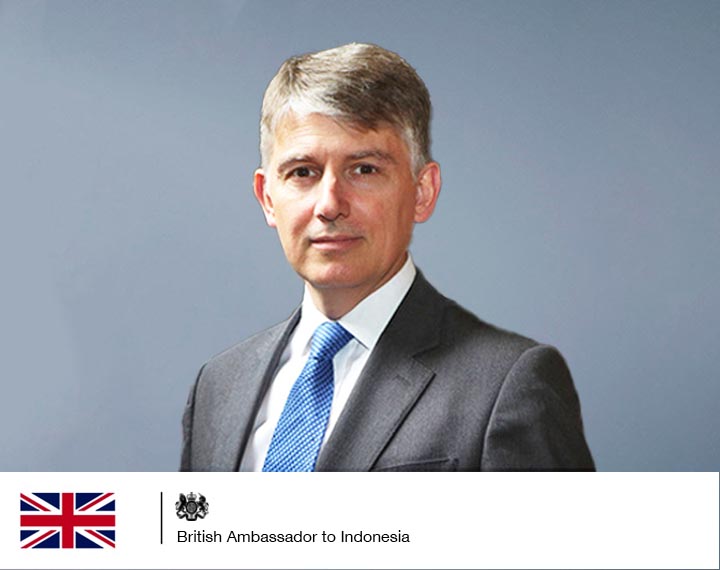 Owen Jenkins is the British Ambassador to Indonesia and Timor-Leste. He took up his post in July 2019.

Before his appointment as Ambassador, Owen was the British Prime Minister’s Special Representative for Afghanistan and Pakistan, responsible for engaging at the highest levels in the region and internationally on issues such as the Afghan peace process, cooperation on counter-terrorism and bilateral relations. He was also the Director at the UK Foreign, Commonwealth & Development Office (FCDO) responsible for South Asia and Afghanistan, covering Afghanistan, Bhutan, Bangladesh, India, Maldives, Nepal and Pakistan. This involved overseeing all of the UK’s diplomatic engagement in the region, including responsibility for over 3000 staff and an operational budget of £120M+.

A career diplomat, Owen joined the FCDO in 1991. He has served in British missions in Turkey, Argentina, Brussels (at the UK’s representation to the EU) and India, where he was based at the UK government’s development arm, DFID. He has worked on diverse issues, from the Balkan wars of the 1990s to climate change and economics, with a consistent interest in international security, emerging markets and the links between prosperity and sustainability.

Outside work, Owen enjoys reading almost anything (but particularly novels, popular science and history), outdoor pursuits, including climbing and sailing (at both of which he is rapidly being outclassed by his three children) and travelling. As a north Londoner, he supports Arsenal.

Get an emergency travel document