A 47-storey mixed use skyscraper an iconic landmark in Manchester 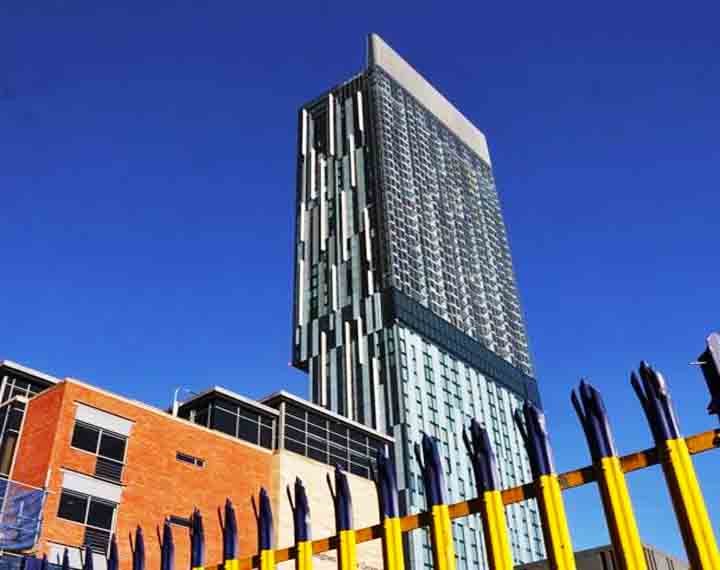 Beetham Tower is a 47-storey mixed use skyscraper in Manchester, England. Completed in 2006, it is named after its developers, the Beetham Organisation, and was designed by SimpsonHaugh and Partners. The development occupies a sliver of land at the top of Deansgate, hence its elongated plan, and was proposed in July 2003, with construction beginning a year later.