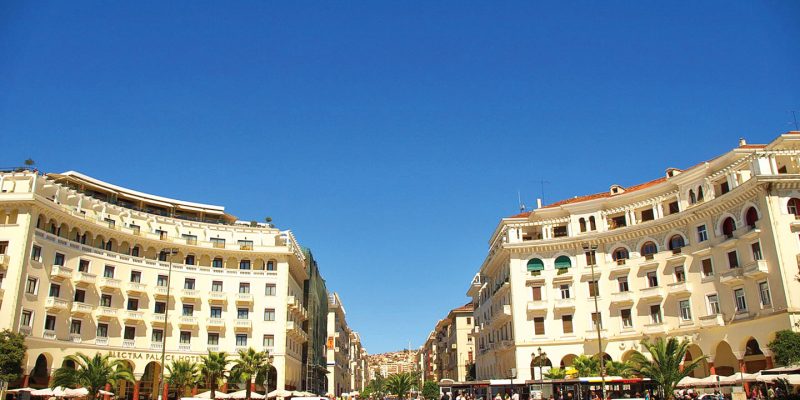 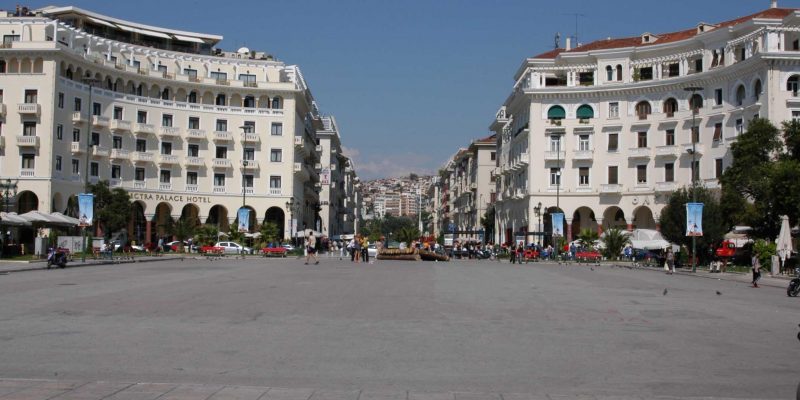 Aristotelous Square is the main city square of Thessaloniki, Greece and is located on Nikis avenue, in the city center. It was designed by French architect Ernest Hébrard in 1918, but most of the square was built in the 1950s.

Aristotelous Square is the main city square of Thessaloniki, Greece and is located on Nikis avenue on the city’s waterfront. It was designed by French architect Ernest Hébrard in 1918, but most of the square was built in the 1950s. Many buildings surrounding the central square have since been renovated and its northern parts were largely restored in the 2000s. The twelve buildings that make up Aristotelous Square have been listed buildings of the Hellenic Republic since 1950.