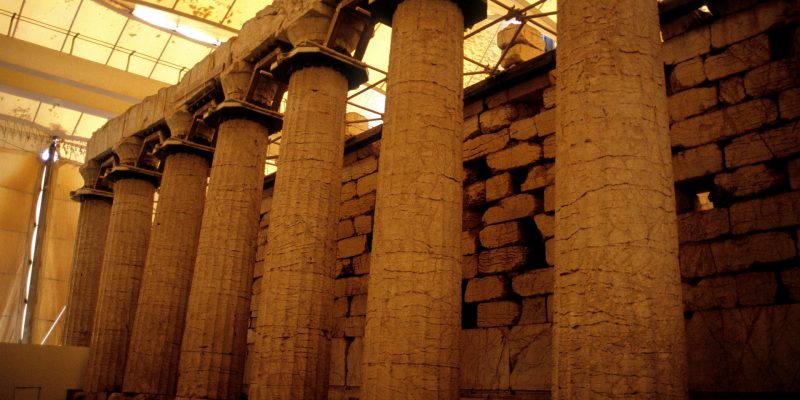 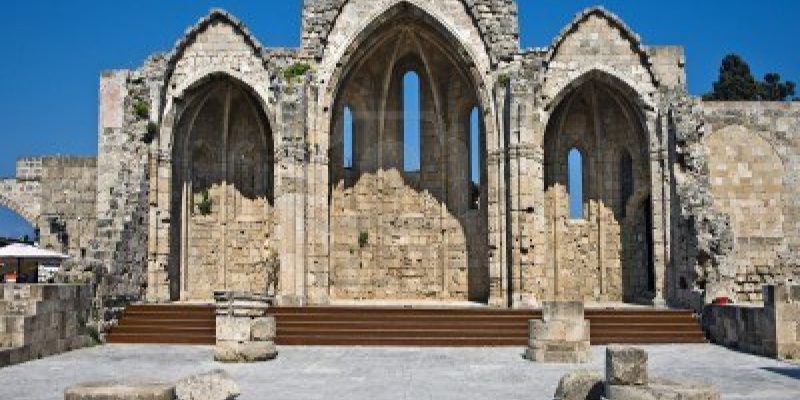 Bassae is an archaeological site in Oichalia, a municipality in the northeastern part of Messenia, Greece. In classical antiquity, it was part of Arcadia.

The territory of Bassae is located between Arcadia, Triphylia and Messenia, on the western slopes of Mt. Kotilion near the ancient city of Phigaleia. The mountain is scored with ravines (vassai), which give the place its name. In this bare, rocky landscape, 1131 metres above sea level, the people of Phigaleia founded a sanctuary in honour of Apollo.

A sacred road connected the sanctuary with the city, nearly thirteen kilometres away. The sanctuary was dominated by one of the most imposing monuments of ancient Greece: the temple of Apollo Epikourios, whose cult was established in the late eighth-early seventh century BC. The god was given the surname ‘epikourios’, either because he was thought to have helped the Phigaleians in their struggle against Sparta in 659 BC, or because he prevented the plague from spreading during the Peloponnesian War. Apollo is also named ‘vassitas’ in an inscription from this site.

The history of the sanctuary at Bassae is linked to the military activities of Phigaleia and to the continuous struggle between Arcadians and Spartans. The former always sided with Messenia in its wars against Sparta. The site was occupied first in the Archaic period. The earliest temple of the sanctuary was built in the late seventh century BC and a small settlement grew up around it.