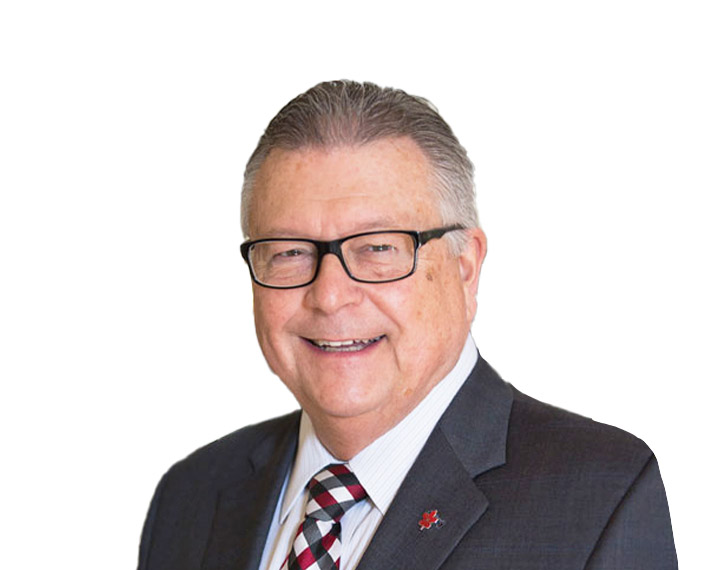 Ralph Goodale assumed his responsibilities as High Commissioner for Canada in the United Kingdom of Great Britain and Northern Ireland in April 2021.

Raised on a family farm near Wilcox, Saskatchewan, Mr. Goodale received a Bachelor of Arts degree from the University of Regina in 1971, and a Bachelor of Laws degree from the University of Saskatchewan in 1972. He has practical experience in business, law, agriculture and broadcasting, as well as federal and provincial politics.

Ralph Goodale was first elected to the Parliament of Canada in 1974 at the age of 24, representing Saskatchewan’s sprawling rural riding of Assiniboia. In the 1980s, he served as leader of the provincial Liberal Party, and was elected to the Legislative Assembly of Saskatchewan in 1986.

In March 2020, Mr. Goodale became a special advisor to the Prime Minister for Canada’s response to Iran’s shooting down of Ukraine International Airlines Flight PS752, which claimed the lives of 55 Canadian citizens, 30 permanent residents of Canada and dozens of others with Canadian links. This role is on-going in pursuit of transparency, accountability and justice for the families of the victims.

Mr. Goodale is accompanied by his wife, Pamela.