U.S. Ambassador to the France and to the Principality of Monaco 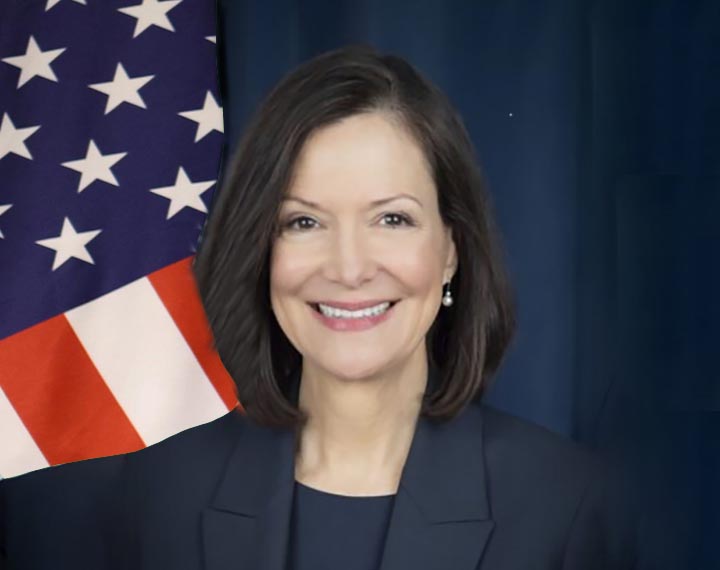 U.S. Ambassador to the French Republic and to the Principality of Monaco

Ambassador Denise Campbell Bauer, of California, was sworn in as U.S. Ambassador to the French Republic and the Principality of Monaco on December 23, 2021.

Denise Campbell Bauer is an experienced diplomat, non-profit leader, and advocate for women’s voices in politics and policy. She served as the United States Ambassador to the Kingdom of Belgium from August 2013 until January 2017, where she led one of the largest embassies in Europe and earned a reputation for her collaborative leadership style, high ethics standards, and crisis management skills.  In that role, she focused on building transatlantic security partnerships and expanding international trade.

Bauer began her career in Los Angeles, where she worked as a journalist for two internationally respected television networks. She went on to serve in leadership roles for a number of non-profits.

In 2019, Bauer became the Executive Director of Women for Biden, a nationwide network of women that organized and mobilized to elect President Biden. In 2012, she served in a similar role for the Obama-Biden presidential campaign, while also chairing the Women’s Leadership Forum for the Democratic National Committee. Upon returning from Brussels in 2017, she re-engaged in politics, focusing on supporting women running for office for the first time. Bauer received a B.A. in Political Science from Occidental College. She speaks French.

Embassy of the United States, Paris

France is the oldest ally of the United States, with U.S.-French diplomatic relations stretching back more than 225 years. Our histories, from the American Revolution to the allied landings in Normandy during World War II, have often been intertwined. Our respective societies have long held great attraction for each other, and generations of thinkers, writers, artists, dancers, and musicians have sought and found inspiration and recognition on each other’s shores.

Diplomatic staff at the American Embassy and at the seven consulates and offices around France work with French counterparts in the government and civil society on a daily basis. Our consulates also provide essential services to Americans visiting or living in the country. France is an important U.S. partner in promoting such common foreign policy objectives as greater democracy, stability, economic growth and prosperity throughout the world.

We also cooperate with France on counter-terrorism and non-proliferation efforts and in promoting respect for human rights. Additionally, France and the United States maintain vibrant and mutually beneficial economic ties. Every business day, the United States and France engage in approximately $1 billion in commercial transactions. French investment in the United States generates over 500,000 jobs for Americans, while U.S. investment in France provides nearly 600,000 jobs. We also work with France to solve trade disputes and to support our trade commitments and common goals in the World Trade Organization. Through our Foreign Commercial Office, Mission staff assist U.S. businesses in France. In support of the Mission’s objectives, the Embassy’s Public Affairs Section undertakes a range of programs to explain U.S. policies and broader American society to the French public in order to foster mutual understanding. There are two consulates, Marseille and Strasbourg, and four American Presence Posts in France: Bordeaux, Lyon, Rennes and Toulouse.