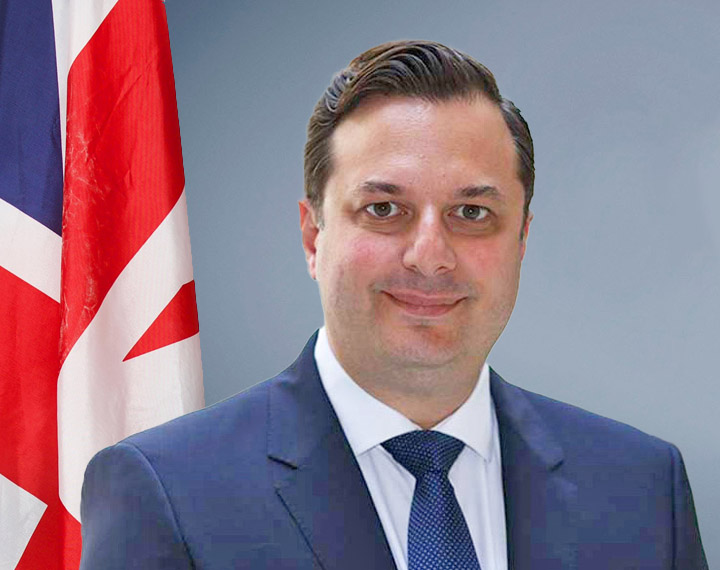 Alan has been a member of the British diplomatic service since 2008. His most recent roles have included Deputy Ambassador to Morocco and Mauritania, Deputy Director Americas, and Head of International Human Resources.

Before joining the Foreign and Commonwealth Office, Alan worked in corporate law in London and Paris, international development, and the life sciences sector. He studied law at King’s College London and is an MBA graduate. He is married with two daughters.

The Consul General is the senior UK official in a Consulate General, which is a subordinate office to the Embassy or High Commission, usually located in another major city. The Consul General represents the UK government and is typically responsible for consular, visa and trade activities in their city or region.

The British Consulate General in Chicago maintains and develops relations between the UK and the USA.

Opening hours
Due to security considerations, public access is by appointment only. Telephone: 9am to 4pm Monday to Friday (excluding public holidays)